Off-White is an Italian streetwear brand founded by the creative designer Virgil Abloh. In November 2020, Off-White LLC filed a lawsuit against California-based ice-cream chain Afters Ice Cream Inc. for using Off-White diagonal stripes as shop decorations and merchandising elements such as T-shirts and sweatshirts, and other known aspects of the brand in “confusingly similar or identical” terms seeking to mislead consumers into believing that their products are Off-White products or that Afters Ice Cream’s business is related to Off-White’s. However, the two companies do not have any kind of association or partnership relationship.

In the response to the lawsuit filed by Afters Ice Cream, the company states that it cannot be sued for infringement of the Off-White trademark and defends itself by claiming: (i) lack of damages and injury, in the event that an infringement of any Off-White brand is found, and (ii) asserting that there is no trademark infringement or unfair competition, as it is a parody, and that consequently the case should be filed. This type of trademark infringement action has been brought on several occasions against cases that could be considered “parodies” under the Fair Use doctrine in the United States.

In Spain, the parody of industrial property rights, such as a trademark, is protected by the Trademark Act, protection that derives from the rights conferred by the trademark itself and, where appropriate, by the Unfair Competition Act, from the perspective of acts of confusion and exploitation of the reputation.

The reason for parodying a trademark is to create a humorous effect, which is contrary to the will of the owner of the trademark who may see how his trademark may lose prestige and/or representativeness due to its use in an inappropriate manner, since parodying may affect its advertising strength in the market, and in short, the message conveyed by the trademark with respect to the product it advertises.

In addition, for those trademarks that can be considered as protected intellectual works, the rules of Article 39 of the Spanish Intellectual Property Law may be applied, which states that: “the parody of the work disclosed shall not be considered as a transformation that requires the consent of the author, provided that it does not imply a risk of confusion with it or damage to the original creation or its author”. In this way, the parody represents a limit to the requirement contained in Article 21 of this law, regarding the authorization that the author of the original creation must grant to allow it being transformed.

Thus, while in intellectual property law the aim is to induce the creation of new works, in trademark law the aim is to safeguard the distinctive character of the signs used and to avoid confusion for the consumer. Therefore, there are works which might be protected under both regimes.

Other clearly examples of trademark parodies, in which only graphic expression is used to create a comical situation of a product of a luxury brand, is the optimal illusion created by My Other Bag (MOB) on canvas bags representing a Louis Vuitton, obtaining a favorable resolution in 2016 when a US court considered that it was a trademark parody protected under the doctrine of Fair Use.

In this case, it used not only a graphic expression, such as the lines which identify the Off-White trademark, but also a denominative expression, by adding ‘Off-Diet’ to certain products, such as a play on words relating to the calories of the ice creams sold by Afters Ice Cream.

This play on words, protected under the doctrine of Fair Use, has also been seen in other lawsuits filed, for example, against the brand “What About Yves” by Chanel for parodying its logo -Double C- on T-shirts and sweatshirts along with one of the ghosts of Ghostbusters. This company also parodied brands such as Yves Saint Laurent (Ain’t Laurent Without Yves), Hermés (Homiés), Céline (Féline) or Gucci (Bucci).

Although in the United States the doctrine of Fair Use allows a copyrighted work to be used for the purpose of criticism or commentary, in order to determine whether it can be qualified as a lawful parody, Article 107, Chapter 17, of the United States Copyright Act establishes some of the factors that must be taken into account to determine the lawfulness of a parody, without prejudice to those determined in case law, and these are 1) the purpose and character of the use, including whether such use is commercial or for non-profit educational purposes; 2) the nature of the copyrighted work; 3) the amount and substance of the portion used in relation to the copyrighted work as a whole; and 4) the effect of the use on the potential market for or value of the copyrighted work.

Consequently, the determination of the lawfulness or unlawfulness of the distinctive signs of the Off-White trademark and of the related copyright will depend on Afters Ice Cream’s ability to argue that there is no confusion in the marketplace and on the purpose and character of the use. 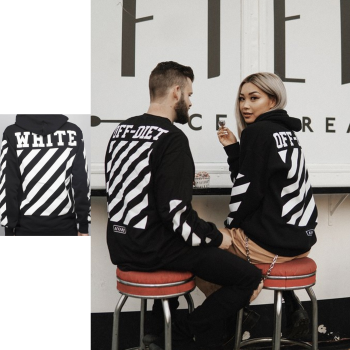 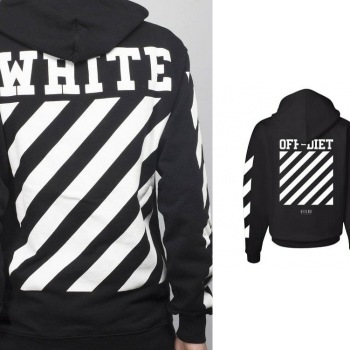